Discover how soccer boots have evolved

Why are football boots important?

The shoes in football represent one of the most significant elements of the equipment of the players. Its function is so relevant that the best brands of sportswear take up to three years to design, design and evaluate footwear before releasing it to the market.

Its importance lies in the fact that this is the part of the body that is most affected during games. The feet are responsible for moving the player across the field, keep it steady and without falling, make passes of the ball and score goals. So they must be protected in a thorough manner.

That is why over the years and after many investigations, this footwear is increasingly modern and specialized. Buying suitable football boots prevent injuries, improves mobility and agility, increases the speed of the player, grasps and adapts his footprint to the playing field in which he is.

Discover how soccer boots have evolved

In the beginnings of soccer, in the year 1863, those who practiced this sport used work boots. The execution was quite rustic and primitive because there were still no clear rules of the game. So the athletes moved with this heavy, hard and very difficult to handle shoes.

These produced injuries to themselves and their companions when they came to beat them during the game.

The characteristics of the first soccer boots were:

Tacos come to the field

In the same century, but towards the year 1880, come the booties with tacos. They incorporated to the soles of the shoe protuberances that allowed to run in the lawn, avoided slips in the mud and also to stay adhered to him.

They were still thick leather, but they had reduced their weight to ½ kg, although this increased if the footwear came to get wet

The first brands are born

For the year 1900, the brands Gola and Valsport are born. But despite the rise of the sport, the efforts were focused on the two great wars. There were not many advances and by 1930, Chelsea Boots type models with laces were used.

Later Adidas and Puma enter the market. Those who were direct rivals and main competitors in the world of football, until Nike is present and begin the race to position themselves.

Between the 1940s and 1960s, with the end of the war, they began to make shoes that would provide greater satisfaction and comfort to the players. These, allowed better kick, range of movement and speed when running. They were characterized for being:

A single pair for many terrains

Thanks to the Adidas brand, in the year 1950 the boots with interchangeable threaded studs came on the market. The shoes had a rubber or plastic soles and the cleats were interchangeable. So you could use the ones you need for each type of terrain.

This innovation made it possible for players to have only one pair of boots, but different types of cleats. They could be removed or put according to the climatic conditions and the field where the matches would take place.

The classic boots were black leather, until the year 1960 when some other colors were created. Although the range was not very varied it went out of the ordinary. A few years later when technology made it possible to adapt materials to the tastes of the players.

The invention, technology, and sponsorship

Technological advances and continuous research of materials led to discover new elements capable of turning the shoe as it was known until then.

Its design made it much more comfortable and brought greater performance to the athlete by reducing weight and gear. In addition, the variety of needs that satisfied made players have to learn to choose soccer boots that fit their workouts.

This was in the decade between 1980 and 1990. Years in which the firms Nike, Adidas, Puma, and Umbro began to sign contracts with the players to use their spoils. And so start with sponsorships to professional footballers.

Custom ankle boots, the fashion of the new millennium

Big brands advanced with the experimentation of new forms of soles and tacos. Achieving these shoes more flexible and lighter for greater speed. In addition, laser technology is being applied to personalize the booties for the first time.

At the beginning of the millennium, the most representative models of 2000 are released to the market. Today, they are still modernizing and being a reference. Those who became favorites in the world of football were:

Soccer boots have reached another level in the last decade. Now, it is possible to manufacture shoes adapted to the athlete. Manufactured with pieces in various materials to protect the integrity of the player; that is, joining different parts for the plant, instep, tongue, and pins.

Some characteristics of the new generation in boots are:

In a few years, discover how football boots have evolved because surely the story will be much more extensive and the footwear of the future much more interesting. Do you have any idea what they will be like? Let him know in the comments. Well, until now, it’s amazing just the fact that they have decreased their weight so much.

How to prepare an ideal salad to lose weight?

That is why it is important to know what kind of salads are ideal to lose weight and combine vegetables in such a way that we do not fall into monotony, nor in the temptation to mix too many ingredients and increase the number of calories excessively. In this article,...

Is it possible to lose weight by eating everything?

Among the 5 meals of the day, dinner is of great importance, since it is the last meal and the one that should be the lightest, as well as light. There are endless dishes suitable for dinner such as creams and soups that at the same time be delicious, help your body... 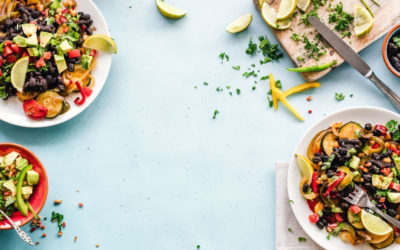 There are many healthy and balanced diets to lose weight, however, not all people are prepared to start a diet and not throw in the towel too soon. Although the ideal way to lose weight satisfactorily is to put yourself in the hands of a nutrition expert to follow a... 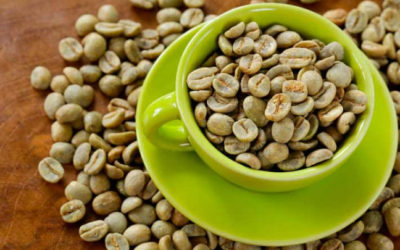 Green coffee: the infusion that helps you lose weight?

The green coffee has established itself in recent years as one of the superfoods most appreciated and known to lose weight. In addition to helping burn fat by reducing appetite, some of the properties of green coffee have been linked to the improvement of the... 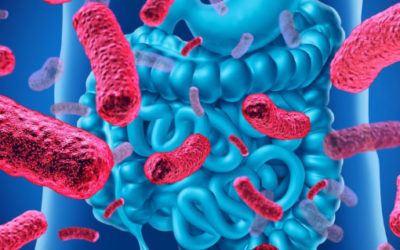 How to keep our gut microbiota happy [Part 2]

Before getting into the subject I want to ask you a question, can you add value to your work, society and /or the world, but do you feel that you lack motivation for the decisions made by others, for example, your bosses? Well, the same happens with your body. You are...

5 tips to change your mental health

Tips for better mental health Exercise is free, pills are not. Neuroscientists, very recently, realized that exercise is medicine. Hallelujah! Now we need to realize the health agencies, which help create more confusion ( here and then, here ) and do not bet on...

Use your brain or lose it [Part 1]

” We have a brain for a reason and only for one, which is to produce adaptable and complex movements ” (Daniel Wolpert) ” One must be strong to be useful, and not only for himself but also for others “(Georges Hébert) Increasingly, in the western world, there is...

Use your brain or lose it [Part 2]

Did you know that we have a second brain full of bugs that are beneficial for our health? In this sense, already in this article, I told you that lowering intestinal inflammation is one of the keys to having good mental health. Therefore, due to its extension, the...

How to keep our gut microbiota happy [Part 1]

Did you know that we have a second brain full of bugs that are beneficial for our health? In this sense, already in this article, I told you that lowering intestinal inflammation is one of the keys to having good mental health. Therefore, due to its extension, the...

All about yoga clothes